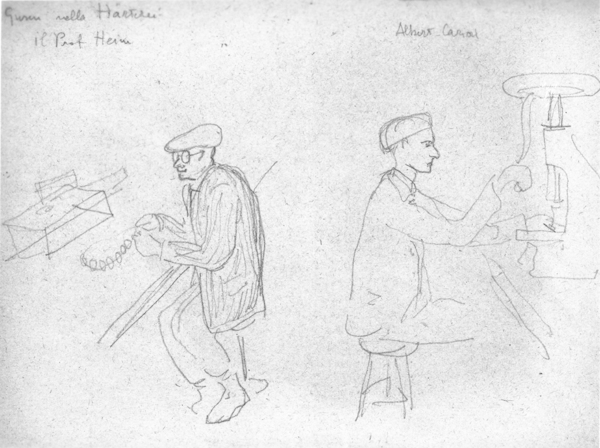 "The Steyr Command developed into the best camp command around. Every month, the prisoners received cigarette stamps from the Steyr company. This had an effect on the wealth of the Steyr barracks and their kings, the block elders and block scribes. Shoes could also be worn within the blocks. Coffee and soup was distributed in the Stube (barracks subdivision). Everyday louse inspection became less cruel. Death by bludgeoning became less frequent."

In spite of the death penalty looming over them, prisoners put their lives at risk by putting up resistance and sabotaging production. From a report by the Polish prisoner Emil Samek:

"Our arms production line manufactured part of the Karabiner K 98 rifle and the MP 44 and 45 assault guns. After machine production, almost all parts were subjected to a specific hardening process depending on their function. Even small deviations in the technology caused early wear or breakage. You did not even have to subject all parts to the wrong hardening process; 1 to 2 wrongly hardened parts per gun already did the trick. The parts hardened in our tempering shop only had to pass the final assembly [...] and test firing at the test bench, then (at the front) they were liable to malfunction. With high probability, the sabotage inflicted at Steyer arms production in Gusen 1 Mauthausen weakened the defence of several combat sectors to some degree."