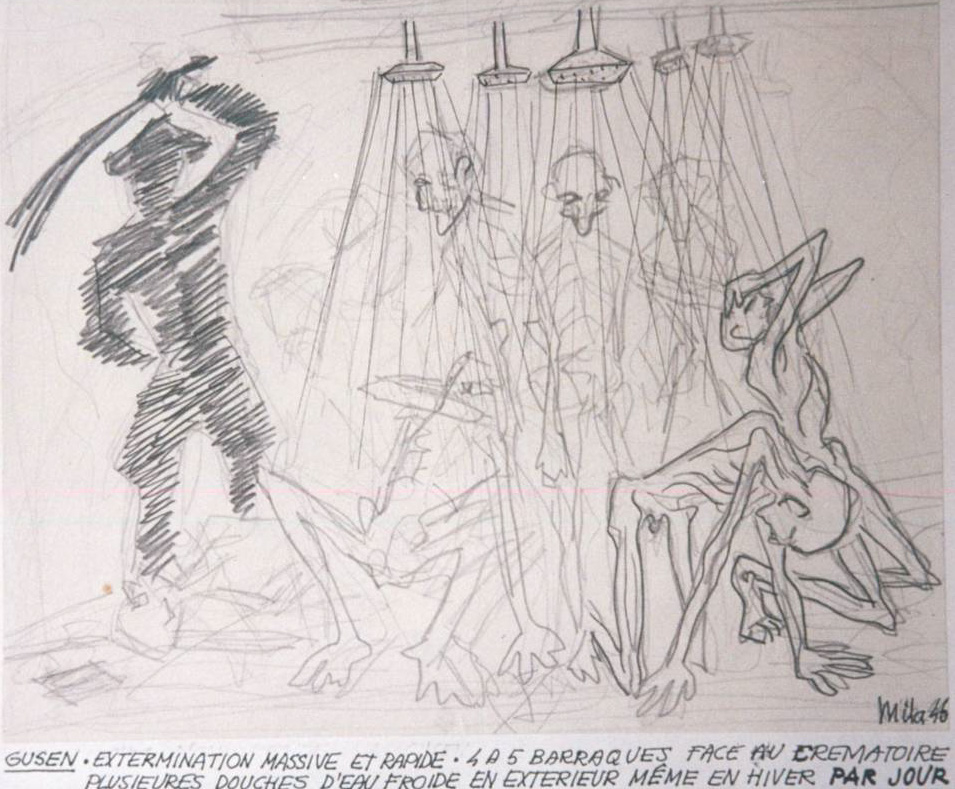 "Death baths" in Gusen; drawing by the Gusen survivor Ramón Milá, 1946. (Ramón Milá, private archives)In Gusen, the SS employed a comparatively unusual form of mass murder: Starting in the autumn of 1941, the sick and those unfit for work were “bathed” to death. In these “baths”, up to 300 prisoners were blasted with ice-cold and high-pressure jets of water. Exposed to these conditions for a half-hour or more, many of the sick and weakened prisoners suffered circulatory collapse and either died on the spot or drowned in the water pooling in the concrete basin. SS personnel and prisoner functionarys kicked and bludgeoned back anybody seeking to escape the “bath” and pushed those who had already broken down beneath the surface of the water. Prisoners who somehow managed to survive this ordeal soon died from pneumonia.

The “Death Baths” were cancelled in January 1942. It is impossible to determine exactly how many individuals were killed in the manner described above.